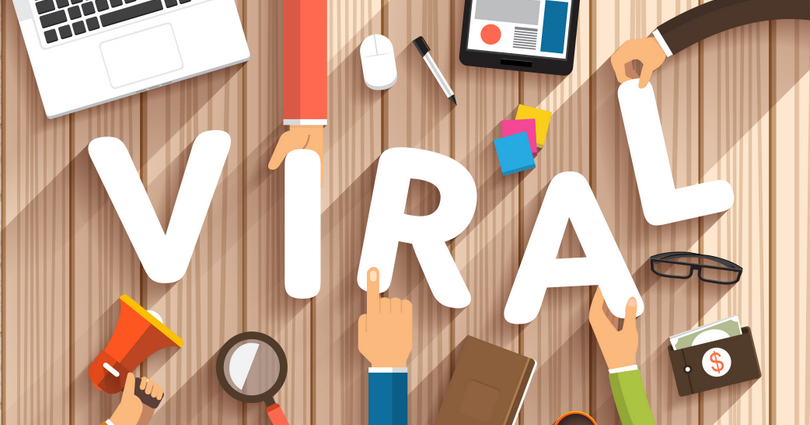 Sometimes marketers really get it right with videos that inspire you not only to use their products but to have fun, be creative and live your dreams.

Here are some of the top viral marketing videos that are really worth watching:

The Real Beauty Sketches video by Dove features an FBI forensic artist who draws images of women as they describe their features. He then draws another sketch of the same women based on how other people describe them. The end result is that the way other people see the women is more beautiful than how they see themselves, allowing women to see themselves through the eyes of others. The campaign sends a powerful message to women to appreciate their own beauty.

The soft drink mega giant recently revamped their entire marketing pitch under the umbrella of their new slogan: “Taste the Feeling”. The video features youth around the world sharing moments with a bottle of Coca Cola, making the concept of Coca-Cola about lifestyle, youth and fun.

Upon the release of the film Hobbit, Air New Zealand did a cheeky advertising push by filming a safety instructions video using characters from the film. The film was so popular, it gained 12.1 million views.

A coffee shop was transformed into a telekinetic stunt backdrop to promote the film Carrie. The effect the stunts have on the patrons is priceless, making for a truly viral marketing video.

The feminine hygiene company made their “Like a Girl” video to flip around what it means to do things “like a girl.” The video features athletic girls practicing their sports and narrating negative comments they’ve received about their participation in sports. The spot encourages girls to pursue their athletic dreams no matter what others say.

Who hasn’t heard of the ice bucket challenge? The famous challenge was used to raise money for charity and every celebrity you can name participated in it. Over 24 million challenge videos were broadcast on Facebook.

The camera of choice for active daredevils who love to film their pursuits, but in their viral video, they went in a different direction. Instead of showing off athletes challenging death, they made a video that tugged at the heartstrings, featuring a firefighter saving a kitten.

Their “Friends Furever” shows curated clips of adorable but unlikely animal friends. Who wouldn’t love it? The video was the most-shared marketing video of 2015.

Their “Homeward Bound” video features Saroo Brierley, who was separated from his family in his youth. As an adult, he decides to try to reunite with his family and through the Google Earth images, he started retracing his memories which lead him to the door of his childhood home. A touching and inspirational video.

An underdog if there ever was one, this company got its start on Kickstarter and ended up gaining a spot during the Super Bowl. Their video featuring girls using their toys that promote science and engineering got 8 million views in a week.

The website of a company is often the first contact between a potential customer and the brand. So it is...